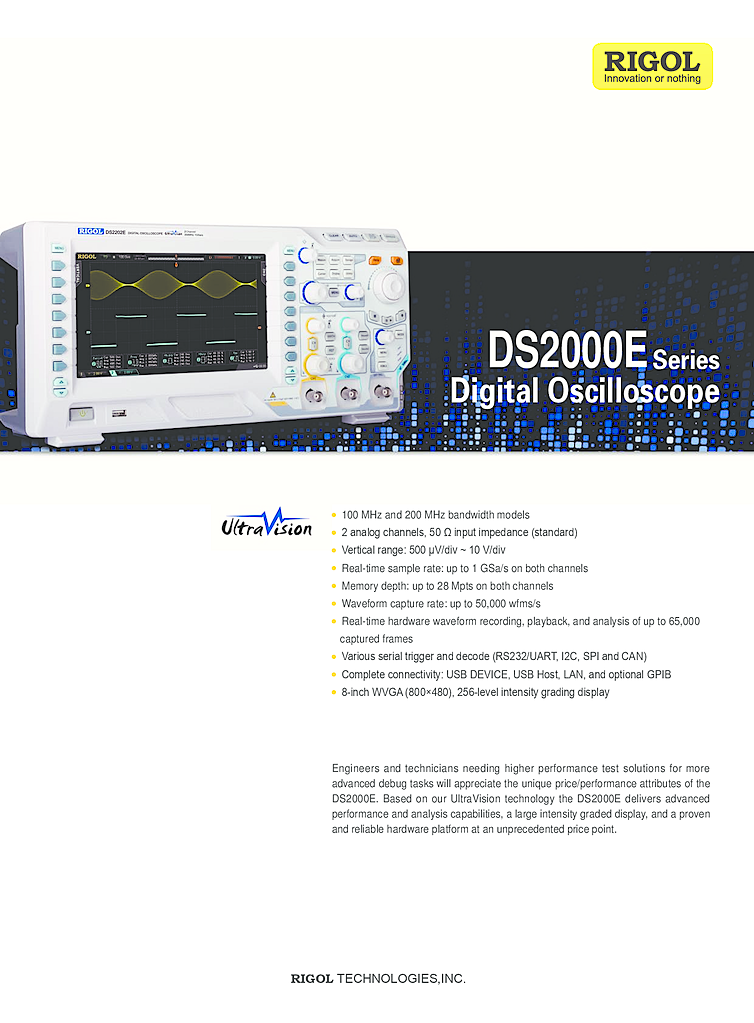 The DS2000E Series digital oscilloscope from Rigol offers an unmatched feature/value package. It comes either as a 100 MHz or a 200 MHz bandwidth model. Despite this, all the two models share similar features which include; standard 2 analog channels, real-time sample rate of up to 1 GSa/s on both channels, as well as a memory depth of up to 28 Mpts on both channels. In fact, with such a memory depth, both devices have a waveform capture rate of up to 50,000 wfms/s, as well as a real-time hardware waveform recording, playback, and analysis of up to 65,000. Furthermore, through such memory depth, you can debug occasional and random glitches using our fast capture, playback, and onboard analysis capabilities.

You have selected the maximum number of devices allowable for comparison